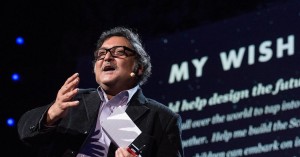 He has a PhD in Physics (the Theoretical Solid State Physics of Organic Semiconductors) confered by the Indian Institute of Technology, Delhi. He is credited with significant inventions in the area of Cognitive science and Education technology and he is most well-known from his experiment “Hole in the Wall”. In 1999, Mitra and his colleagues dug a hole in a wall bordering an urban slum in New Delhi, installed an Internet-connected PC, and left it there (with a hidden camera filming the area). What they saw was kids from the slum playing around with the computer and in the process learning how to use it and how to go online, and then teaching each other. In the absence of supervision or formal teaching, children can teach themselves and each other, motivated by curiosity and peer interest.

He was conferred the Dewang Mehta Award for Innovation in Information Technology in the year 2005. In 2011, an Honorary Doctorate was provied to him by the Technical University of Delft, the Netherlands. In September 2012 Mitra won the Leonardo European Corporate Learning Award in the “Crossing Border” category. He is also the winner of the 2013 TED Prize.

Kids can teach themselves

Build a school in the cloud 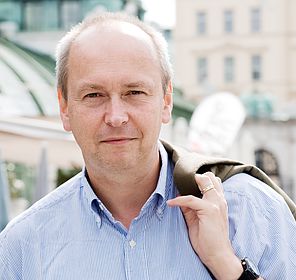 Markus´ focus of research is on the question of knowledge creation and innovation in various contexts: in natural and artificial cognitive systems, in science, in organizations, in educational settings, as well as in the context of knowledge technologies and their embedding in social systems. He follows a radically interdisciplinary approach integrating concepts from the natural sciences (cognitive science & neuroscience), philosophy (of science), from the humanities, organizational/innovation studies, as well as from (knowledge) technology.

Currently he is working in the field of radical innovation where he developed the concepts of Emergent Innovation and Enabling Spaces.
M. Peschl has published 6 books and more than 130 papers in international journals and collections. For further information see:
www.univie.ac.at/knowledge/peschl/
www.thelivingcore.com 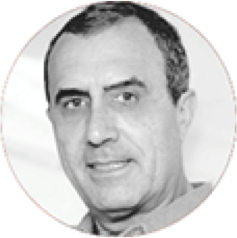 Full  Professor  in  the  Area  of  didactics  and educational  organization  at  the University  of Seville.   Head  of  the  IDEA  research  group evaluated  as  a  group of  excellence.   He  has been  responsible  for  teaching  University  of the Andalusian  Agency  for  evaluation  and   accreditation  (AGAE)  until  February 2013.   Director  of  the  Master  in  E­‐learning: technologies  for  learning  via  the internet.

He coodinate the PhD program in education of the University of Seville.